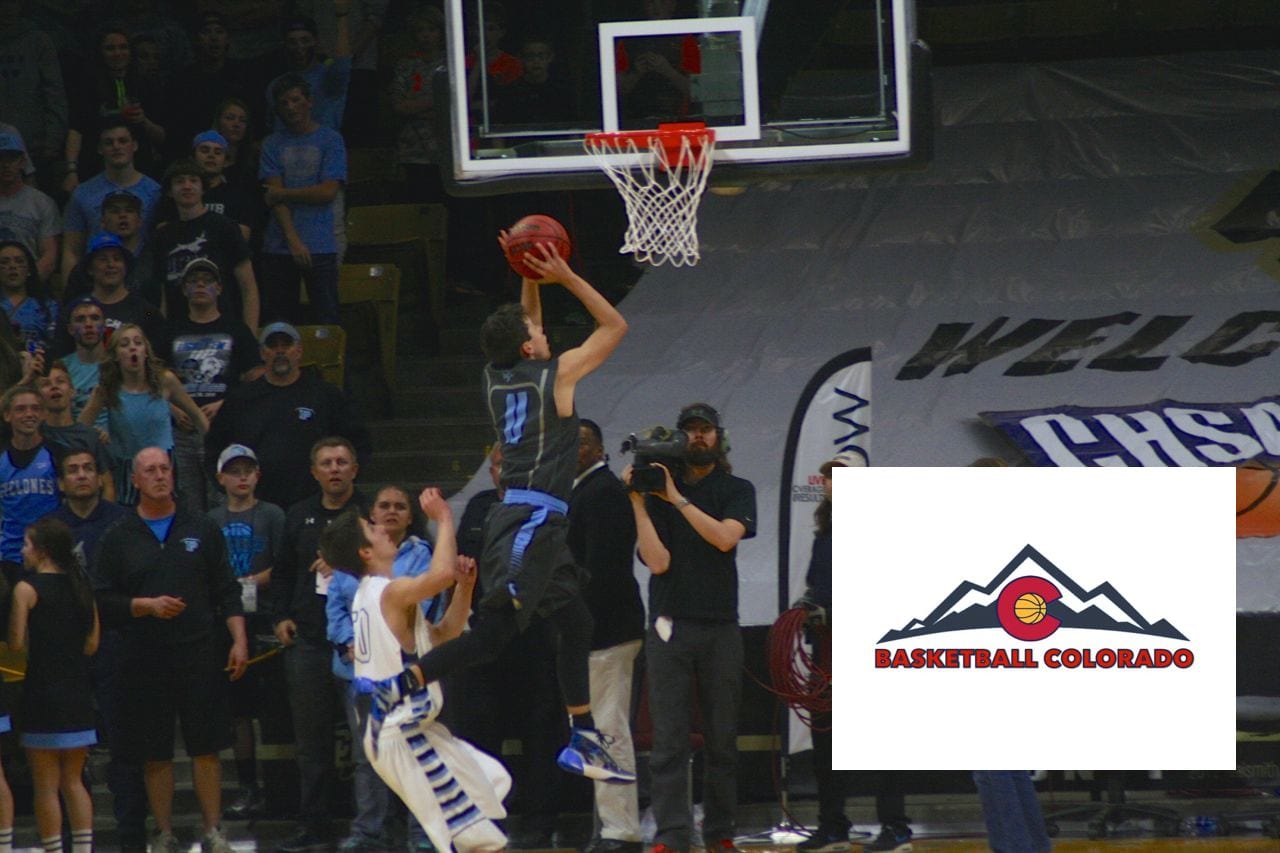 In a match up of two teams that had been ranked in the 4A Top10 for most of the year the Pueblo West Cyclones ran past the Valor Christian Eagles 70-51. Junior guard David Simental tallied 27 points off drives to the basket and short range jump shots. The Eagles had no answer for Simental nor the Cyclones fast break styles.

As the second quarter began Simental and crew keep attacking the basket and Valor’s defense was unable to stop them consistently. Cyclones were very efficient scoring around the basket, only missing a couple of shots in the paint and usually got the put back. With the Cyclones taking and making such high percentage shots they shot an incredible 60.9% from the field in the first half.  Valor was visually shocked by the start of the game and their confidence was shaken shooting just 36.8 % themselves in the first half.   The Cyclones held a 32-16 lead at halftime.

Valor brought the intensity in the second half but were unable to keep the Cyclones out of transition. Even though the Cyclones held a double digit lead for the entire second half, the game had a feeling of one much closer. Simental and senior Kenneth Tack kept up the assault for the Cyclones on the Eagles on their way to a the state championship.

It has been a busy last three days in Las Vegas, Nevada at the Tarkanian Classic for the eight teams...