Denver, CO – The Chauncey Billups Region of the 5A state tournament is about as even as it gets. Even though ThunderRidge is the #1 seed in the region they have been trending downward after the win against Regis Jesuit. Can the Grizzlies turn it around? Or will  Dakota Ridge, Chaparral or Monarch rise up to take the region.

Horizon has relatively unknown but super skilled scorer Michael Skinner who is capable of dropping 30 or giving 40 on a night in, night out basis. Will that be enough for a hard nosed, scraping team like Smoky Hill led by Dalontae Kelly and sophomore Shae Wyatt

Monarch is senior laden and lead by senior Sam Fredrickmeyer and junior Mac Rowan. Moarch is a true team affair though an a model of offensive efficiency.  Lakewood on the other hand might be the youngest team in the tournament known to start five sophomores that had knocked off previously unbeaten Dakota Ridge earlier in the year. Kolton Peterson is one of the top scorers in the state.

Lincoln has senior guard Michael Sparks who can score at will. The Lancers also have size that can be effective in the paint. Loveland has shown in three of it last four games that is willing to score in the 80’s, which play well into Lincoln’s hands.

Mountain Range is like many of the Northern League teams. Skilled, well coached, and efficient on offense.  Ben Egan and Andrew Romero III power the Mustangs. Meanwhile Pine Creek  is 1-5 in February but they are young lead by Quinten Gutierrez and Jeremiah Pruitt.

Rest of the Way –

The road to Boulder isn’t easy for the Rams  neither Monarch nor Lakewood will be an easy out for them and they could possibly be missing their 6’7 big man this week.

Dakota Ridge has a 21-2 record and has been consistent all year being able to pull  out close games. The will need to be that same “team” in order to knock off possibly Lincoln, Chap and ThunderRidge to get to Boulder.

Chaparral will need their senior trio of Holtzmann, Moody, and Coon to dominate and have someone like Sheaman seriously contribute to the outcome of the game like he did versus Legend in order for the Wolverines to get to Boulder.

ThunderRidge will need to work itself back up to Regis game level if they want to move past a possible Monarch or a rematch versus Chap. I trust Coach Ortiz will have them ready. While Pirog will command double teams the other forwards must help inside and not fall in love with the 3 point line. 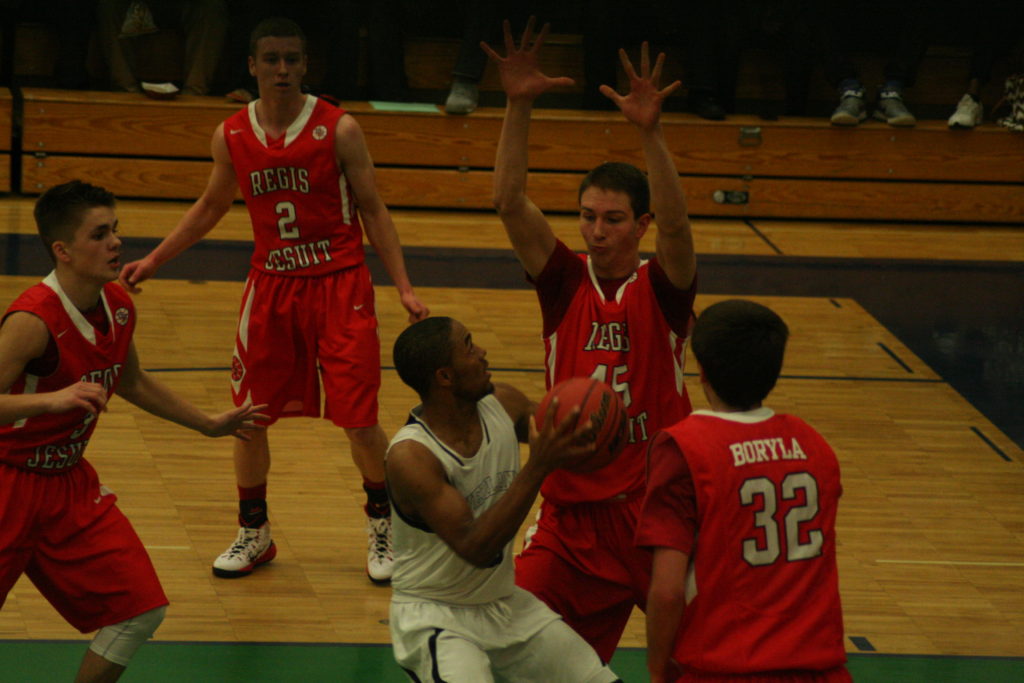