Got this out a little later than we had wanted as the first night of the Prairie View tournament as been completed. Here are three brackets of some of the tournaments going on this week. 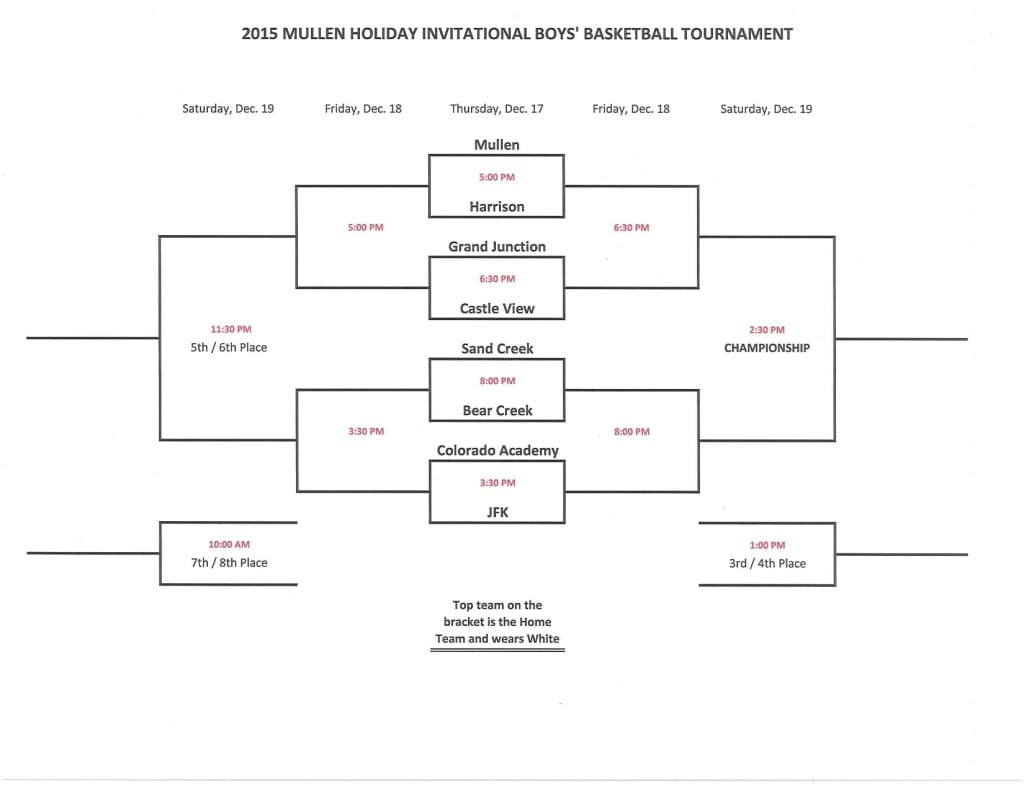 The Mullen Tournament has a possible interesting second round match up with Sand Creek and Colorado Academy if they can get past their first round opponents. Last years game was a overtime thriller with both Hyatt and Bassey scoring over 30 points and Schwartz adding 27 for Sand Creek. This is also a good time to catch Grand Junction on this side of the mountains. Grand Junction is 5-2 and has only one in state loss. Robbie Powers is an exciting player to look out for.

The host Mullen Mustangs are still with out super talented senior guard Nate Davis but they are showing improvement in play since last season and junior guard Matteo Busnardo is off to a hot start. 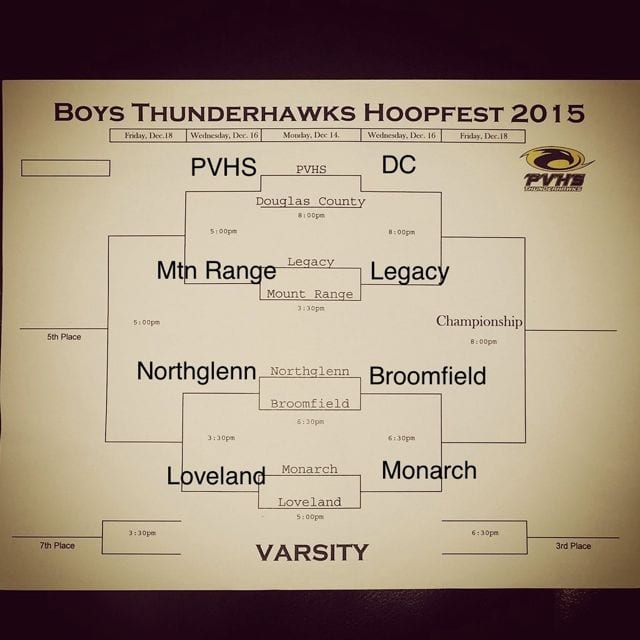 A number of teams are familiar with each other in this one coming from the same conference. This could be a coming out party of sorts for Douglas County as they went 5-18 last season and already have four wins on the season . They play a very good brand of basketball and junior guard  Solomon Stark is pretty good.  All the team on this winners side of the bracket have .500 records or better and should make for competitive semi final games on Wednesday. 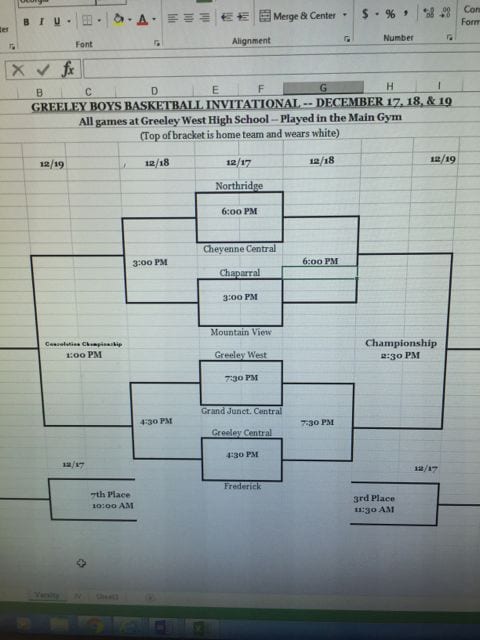 This is a very balanced tournament from top to bottom. Look for Grand Junction Central to give host Greeley West all is can handle. The Spartans are off to a solid start and have found a future all league player in freshman guard Andre Sepeda. Make no mistake about it though the leaders are Connor Thompson and Cordell Gillingham. Grand Junction Central isn’t an overly big team with two guys 6’4 or over but they play well together and are 6-1 on the season.

Mountain View and Chaparral will be a good game as well. Chaparral is young but are showing flashes of what could be and senior Dominic Coleman can get up shots. Meanwhile Mountain View senior Jose Orrantia is about a good of a guard their is in the 4A Northern League.

If you have more tournament brackets we would love to post them for you. Just send them to info@basketballcolorado.com 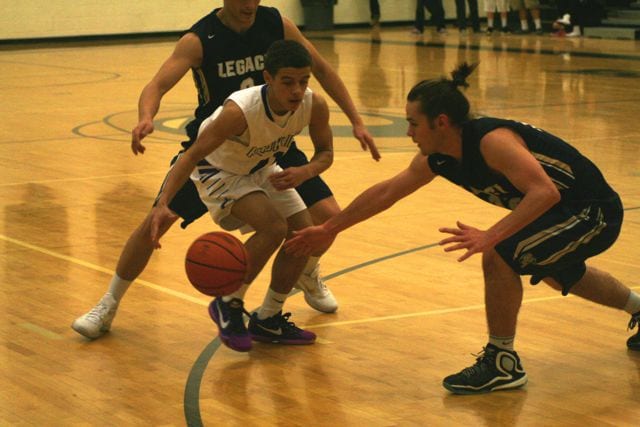