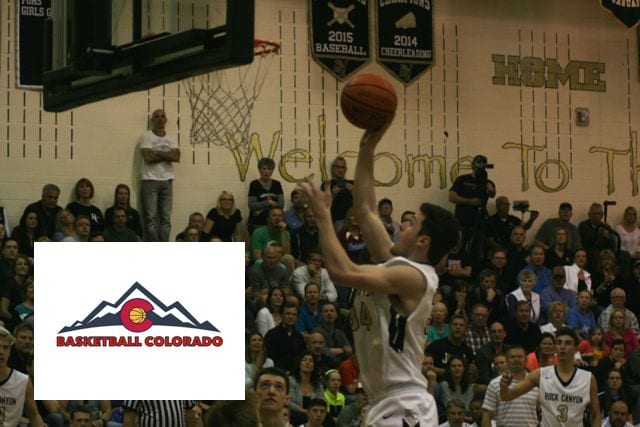 In front of a packed Rock Canyon High School gym the Jaguars defended their home court with a 58-44 victory over the visiting Arapahoe Warriors in the second round of the 5A State Playoffs.  It was a grinder of a game until five minutes left in the fourth quarter when the Jaguars were able to extended their lead behind sophomore guard Sam Masten.

Junior JT Bley got the Jaguars off to a hot start in the first quarter. The 6’5 forward knocked down two three pointers and scored in the paint to help lead the Jaguars to 15-10 led by the end of the first quarter. The Warriors Kyle Lukasiewicz and Ryan King combined for the Warriors 10 points in the quarter. Scoring was hard to come by in general for much of the game for both teams. Rock Canyon and Arapahoe defenses were tough and did not allow dribble penetration for the most part. When the ball did get into the paint, most shots were challenged and made it difficult to consistently finish in the interior. The defenses didn’t over extend and kept their competitors in front of them which close up driving lanes and making passing difficult.

When it seemed as if Rock Canyon was poised to make a run Arapahoe would answer with back to back bucket and keep the Jaguars within four points for most of the game.  Buckets like this one at the end of the third quarter by senior guard Nick Marshall kept the Warriors with in striking distance.

The fourth quarter began with Rock Canyon maintaining a 33-32 lead, that’s when Masten made his impact on the game. The 6’2 guard scored the first five points in the quarter to give Rock Canyon it’s biggest lead since the beginning of the 2nd quarter. Arapahoe answered with a three point play from Jared Johnson with 6:15 left. But one the ensuing plays Johnson picked up his third and fourth fouls. His fourth foul was accompanied with a technical after his follow through on the block spiked the ball of Rock Canyons Noah Beck.  With Johnson out the Warriors lost a key cog in the middle with 5:38 left in the game. The Jaguars made all four free throws and their lead wasn’t threatened again. Masten scored 15 of his game high 23 points and went 9 of 9 from the free-throw line in the fourth quarter.

Rock Canyon moves on to play at Doherty on Wednesday night in the Sweet 16. It will be a contrast in styles of play. 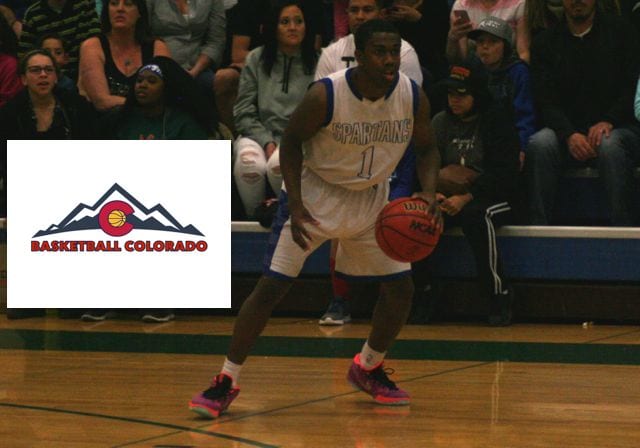