Northglenn, CO – The Norse of Northglenn outlasted the Aurora Central Trojans Tuesday night at Northglenn High School 58-53. The Norse never trailed in the game and withstood a 22 point 3rd quarter from the Trojans to grab control of second place in the EMAC.   Seniors Jonah Radebaugh, Jaylen Johnson and Jacob Montour each had key moments for the Norse.

Radebaugh’s moment came in the first quarter scoring 10 of the Norse’s  17 points in the quarter. Meanwhile the Trojans struggled to score even though they were able to get into the paint and had open looks from the perimeter that did not fall. The Norse played calm and collected on the offensive end running their motion offense until they got the shot that they wanted which was usually a three pointer,  four out of the five made field goals in the quarter were three pointers. The Norse held a commanding 17-6 lead at the end of the quarter.

In the second quarter the Trojans and the Norse locked down defensively. When Trojan point guard LaDarius Thomas went to the bench late in the first quarter with his second foul the Central offense slowed even more . With out their play-maker on the floor the Trojans struggled against the Norse zone. The Norse also out worked the Trojans for loose balls and key offensive rebounds forcing the Trojans to play defense longer.  The Norse held a 26-14 lead at halftime.

The Norse struggled primarily in the the third quarter in a number of aspects of the game. The Norse committed more turnovers in the quarter than they  had total in the first half as the Trojans shifted to an active zone defense. With out scoring baskets the Norse were unable to keep the Trojans out of transition. The Trojans ruled the boards leading to fast breaks behind junior wing Daytone Jennings.  Jennings and Thomas combined for 16 of the Trojans 22 points in the wide open quarter.  Meanwhile the bright spot for the Norse was Montour who scored eight of the Norse’s 12 points in the quarter, including a three pointer that boosted the Norse lead back to six points after a Jennings basket cut the lead to three points.  The Trojans were able to cut the lead down to two points late in the the quarter  after a Larry Thomas layup and then need to play defense for the next 50 seconds to keep the Norse within striking distance 38-36 at the end of the third quarter

Then Norse started out on a 7 -2 run to start the quarter and held a 45-38 lead with 5;30 remaining the game. Jennings had been sent to the bench with his fourth foul early in the quarter and the Trojans missed his presence. A basket by sophomore Marquise Johnson cut the Norse lead to five points with five minutes remaining in the game . The next minute of the game belong to the Norse and Jaylen Johnson who scored five points in the minute (helped by a key offensive rebound by Radebaugh)  to push the Norse lead to 50-40 with 3:57 left in the game. The Norse began to spread the floor run time off the clock. The Norse did not score a field goal in the last 3:57 seconds of the game but went eight of nine from the free throw line to seal the victory 58-53. 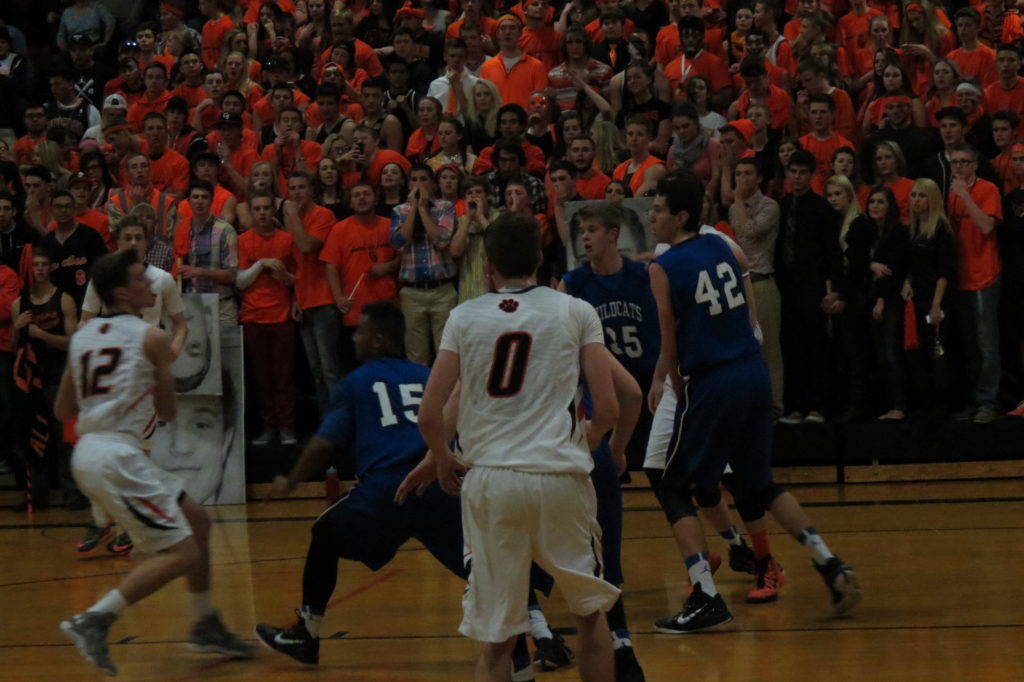