The Grand Junction Central Warriors used their ability to finish in the paint and timely three-point shooting by junior guard Kyle Blair to hold off a late comeback bid and defeat the host Prairie View ThunderHawks, 59-52.

The first quarter was a series of missed shots by each team, quick whistles and turnovers that prevented the game to find its pace. Both teams had plenty of open looks but shots would not fall, even simple put backs or lay -ups failed to go in the basket. With the score tied 8-8, in the final seconds Spencer Wilson scored his fourth point of this put back at the end of the quarter. 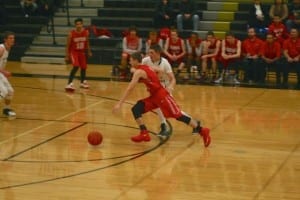 With Prairie View leading 10-8 at the start of the second quarter the Warriors found their groove and started putting the ball in the basket. Grand Junction Central started to work the ball inside either off the pass or the dribble and Prairie View could not stop it.  The Thunderhawks 2-3 zone was ineffective at keeping the Warriors guards like junior Koby Steves out of the paint. Steves slashed to the basket and was perfect from the free throw line to score eight points in the quarter.  Meanwhile the ThunderHawks only consistent offensive threat was junior guard Trey Marble. The smooth shooting point guard scored 9 of Prairie View’s 11 points in the quarter.  The Warriors scored 19 points in the quarter to take a 27-21 lead into the locker room at halftime 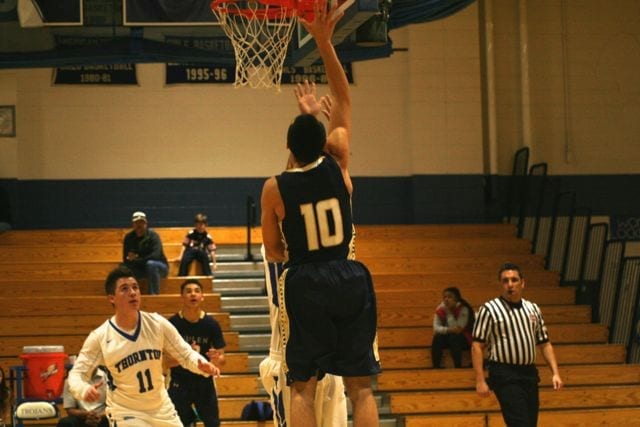