Realizing that is won’t get published until after the 2:30 games I still wanted to have them listed as games to see. Still, plenty of good games to watch tonight.

Fruita @ Highlands Ranch 4:00 – This a great chance to see a good western slope program. The Wildcats feature 6’1 senior guards Marcus Labonde and Jack Hawkins. Labonde brings the scoring while Hawkins is a jack of all trades type willing to do it all. The Falcons despite what is missing on Maxpreps is lead by seniors 6’5 Tristian Hurdle (CSU-P signee) and 6’8 Ryker Cisairk. Yafet Mesfin is another senior guard that can run the point and hit a three. The questions will be how will the Wildcats handle the size of the Falcons and can Ranch guards contain Labonde.

Lincoln @ Vista Peak 4:00 – Vista Peak is off to a great start this season and Lincoln has had its ebbs and flows. The Bison are a balanced squad who are currently being led in scoring by senior AJ LaCabe. But any of the Vista Peak players can have a great night like junior Curtis Stovall III or Sayo Owobali. Lincoln is a two man show of seniors TJ Bamba and Ty Foster. If one isn’t scoring the other is and they ccan put up numbers.

Green Mountain @ Lakewood 7:00 – Jeffco 4A / 5A match up. The Rams have had a great start to their season, while young Tigers continue to learn at the varsity level. The Tigers leading scorer is 6’2 guard Michael Bennett. The Rams have junior Austin Peterson and senior Blake Schell. Peterson shoots the three, while Schell breaks down the defense and kicks it to Peterson. This will be Lakewoods first game since December, but it will be the Rams third this week. The Tigers will have to knock off the Christmas rust quick.

Chaparral @ Denver East 7:00 – Top10 match up to top off the night. The Chaparral Wolverines have two in instate losses both by less than six points. The Denver East Angels are undefeated and have that East swag back about them. Both teams are heavy with underclassmen contributors, but Chap has senior guard Kobe Sanders. Sanders is no stranger to big crowds or pressure defense. East lacks the senior experience, but the Angels do have junior Boston Stanton and the state’s best sophomore Langston Reynolds. Stanton is an all-around guard and has been shooting well from behind the three-point line. Reynolds is a match up problem to strong for guards and too quick for forwards. Chap has its own promising sophomores with Joel Speckman and Jeremiah Coleman. Chap will need to be prepared for East’s press and the ability to turn defensive rebounds into fastbreaks. East can’t let Sanders find his groove early. 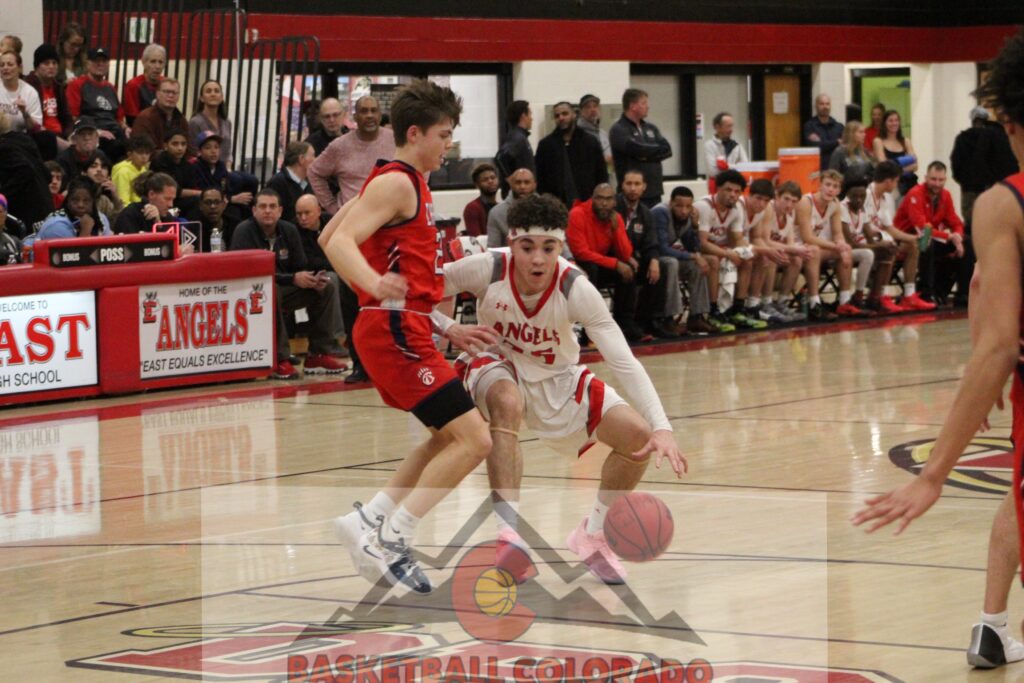