Denver, CO – It was a close game until the fourth quarter between the Chaparral Wolverines and the George Washington Patriots Saturday afternoon at George Washington High School. Neither team was able to gain a double digit lead until Chaparral took control of the game in the fourth quarter. The young back court for George Washington was never rattled and matched Chaparral shot for shot and took the lead a couple of times during the game. The Wolverines had trouble stopping sophomore Jervay Green and freshman Jon’il Fugett.  However as the fourth quarter began Holtzmann and Moody began making veteran plays and attacking the basket knowing that Chaparral would be shooting in the bonus through out the quarter. Chaparrals defenses  and rebounding turned up as well in the final quarter.  Holtzmann was key in the quarter shooting 9 of 10 from the free throw line on his way to 13 points in the quarter. Moody added the other scoring punch in the quarter including a game icing dunk with a little over a minute left in the game. Chaparral took the victory 67-52. 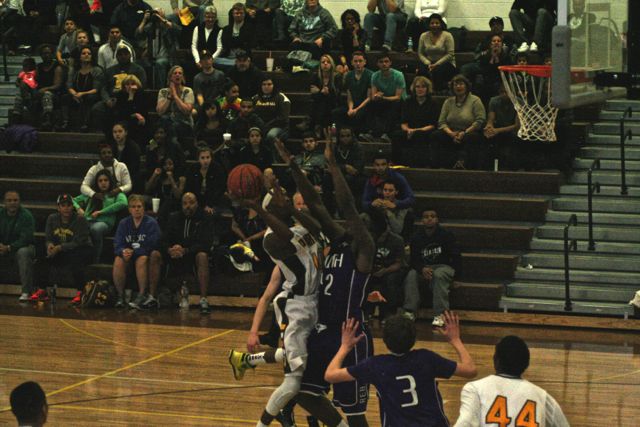